Some friends from our justpeople collective are supporting at the greek border for a little over a month now. Laura gives a personal account of  what is happening and what they have been doing on Lesvos. We’ve now been here for a month. With one month to go we arrived in the middle of the… END_OF_DOCUMENT_TOKEN_TO_BE_REPLACED

Hello!
I am writing from Lesvos. The trip has started. I arrived here with my travel company a few days ago after a drive that took us a few days. The route: Netherlands-Germany-Austria-Slovenia-Croatia-Serbia-Bulgaria-Greece. Especially the borders Solvenia-Croatia (hello Schengen!) and Croatia-Serbia took a long time to get through as they checked every single car.

Now Lesvos. A lot of impressions. The most important thing I want to write about today is the unbearable waiting here on the island for a lot of people and why it is important to support activities, information spreading and autonomous living. I am gathering information slowly and trying to understand, however, I am not an expert and information is also ever changing and sometimes arbitrary, so excuse that if I cannot fully give facts always.

What is beauty without freedom?

First: Lesvos is beautiful. Paradoxically, you can easily be in the center of Mytilini,

the capital, sipping on your tasty cappuccino overlooking the crystal-shining water of the Aegean sea in the harbour. Sure though, if you look for it, you see the hardship, the camps, the poverty. Pretty Lesvos has turned into an island of detention.
Even the most beautiful place only remains beautiful, if you are free to leave.
For the vast majority of people who have fled their homelands, this is not the case. The EU-Turkey deal means for everyone: it’s complicated.

The good thing is that there are people who do care. People with European passports have given abandoned buildings a good use. They can house the ones in need.

There are some who go crazy in the detention center’s, namely Moria’s, conditions and therefore stay outside sometimes. Others have to be very wary not to be controlled by the police. As this can also mean just spending unclear amounts locked up at the police with your mobile phone taken from you. Those are the things I think of “how can this be?” And “isn’t there a law that keeps this from happening?”. Yet, these things do happen. And yes, people are simply deprived of their rights: The fair access to an asylum procedure and the protection of human dignity.

The waiting and the hopelessness

The horrible thing is that humans are left with no choice.

Being sent back to the home country means imprisonment. The EU-Turkey deal means de facto for everyone with the wrong passport (e.g Afghanistan, Pakistan, Bangladesh and others) that they are either deported their home country or to Turkey. Both options mean imprisonment. Now imagine you worked for months and years in order to flee. You crossed the sea in one of these tiny boats. You’re happy not to have drowned.

Yet what then comes is waiting. With nothing to do. Some have been on the island for over a year. Reminds me of Heumensoord, Dutch emergency refugee camp, where we have already observed and accused this unbearable waiting with justPeople.
Even RTL, a not very critical TV station identifies their situation as an eternal waiting (in German). They underline the suffering. I usually don’t like the yellow-press-sensation vibe. In this case though, it’s true. It’s just the way it is. I met Samir from Afghanistan. He’s been here for months. Hanging around, waiting. I ask him if he likes sports. Me thinking “don’t give up, you must keep moving and starting with your body is the first thing you can do”. He just shakes his head. If he was somewhere else, Netherlands, Denmark, Germany, places he dreams of, then yes: Football, the gym, tennis. His eyes are expressionless, almost empty. “Here, my head is crazy”, his hands in his hair. “I cannot sport”.

Some still have a bit of hope for at least asylum in Greece. The rest of Europe is anyways closed for everyone apart from Syrians. However, even that is tricky: they are also first sent back to Turkey. There, the promised relocation to the rest of Europe is in fact not happening.
At the moment, 11 Syrian Kurds are on hunger strike since five days. They protest against the long waiting time (10 months) and inhumane conditions. They fear being deported back to Turkey. For Kurdish people this would definitely mean prosecution, imprisonment- I don’t want to imagine all the bad things this would mean. Deportation back to Turkey is what most people fear. From people from Bangladesh and Pakistan I have heard that they upon arrival are just arrested for an unclear amount of time to spend in prison. It’s like disappearing into a black hole.

What activists here on Lesvos try, is to bring back a little bit of dignity and choice to the ones trapped in this torturous fear and boredom-situation. That is why alternative living in abandoned houses is crucial: for the ones who cannot stand Moria anymore or fear deportation into misery. Cooking and sharing food, teaching each other languages, building DIY benches or making music are fun. And here they are essential to literally prevent craziness knocking on your mind’s door, that starts to get unsettled, living in such a vacuum, living in such a hopeless situation.

The shelters of autonomous living are fearing eviction all the time. Now more than ever.

This upcoming week, the police plans and announces evictions and arrests. Being arrested is never a nice thing. But two things here make all of this tremendously worse: Firstly, here an arrest brings you into an uncertain state of imprisonment that is out of sight for a fair and humane treatment. Secondly, some people will just be deported to Turkey where things are far worse.

Cater for humane treatment first! Cater for human dignity, stop criminalizing and treating people as numbers that you can push back and forth. It’s a crime against humanity.

Protest against the eviction of autonomous living spaces!
For many people it is the only place with a shine of hope and dignity they have got.

As the Washington Post article makes clear, Hungary putting up a fence does not stop people from coming. They are already on the move, leaving behind the ruins of their destroyed home countries. “Hungary’s fence is not the solution to Europe’s problems,” said Erno Simon, a Budapest-based spokesman for the Office of the U.N. High… END_OF_DOCUMENT_TOKEN_TO_BE_REPLACED

For the month of March you can enter another borderland right in the middle of Radboud university grounds.

The Global Lounge, a place to sit and enjoy a cup of coffee in the book shop, becomes a place for a visual border study. On the walls you find photos of the US/ Mexican border. On the tables you get invited into mind maps about that border as well as a border experience that takes place in our direct surrounding. 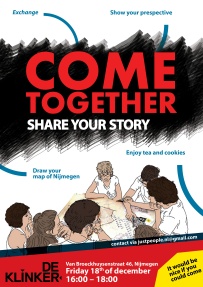 In December we invited for getting together and to make maps. Not only did we have a cozy time together, but we also got insights into different perspectives we have on Nijmegen and Heumensoord. Some Syrian and Eritrean tunes were playing and we asked ourselves: “What do I like about my living surrounding? What is important for me? What not?”. That made for some spontaneous and very interesting drawings.

Nijmegen divided in centrum and jungle

Last week, the exhibition’s opening happened in the course of a Radboud Public Roundtable Discussion: ‘Postcolonial Europe’ from our borderlands. Academics, students and activists shared experiences. The discussion was incredibly rich and dense. We need more of that! More opportunities and more spaces! 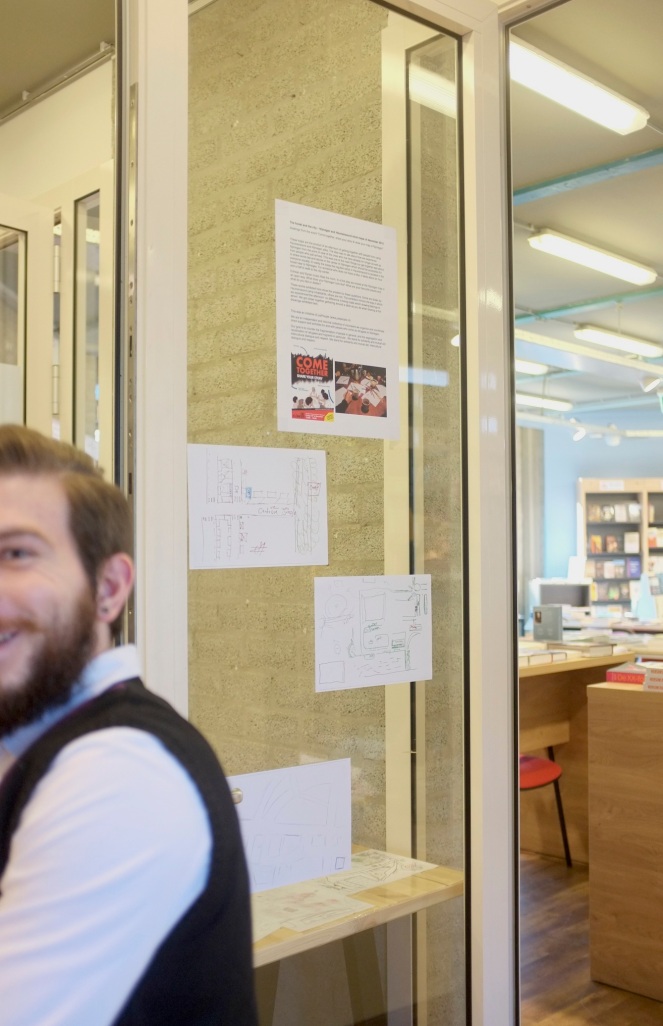 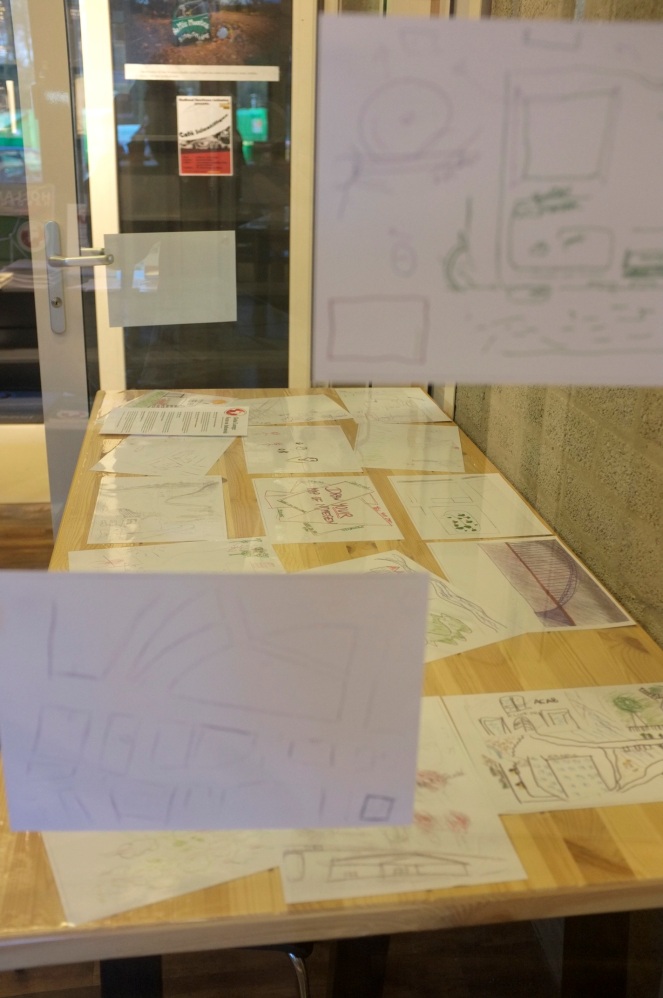 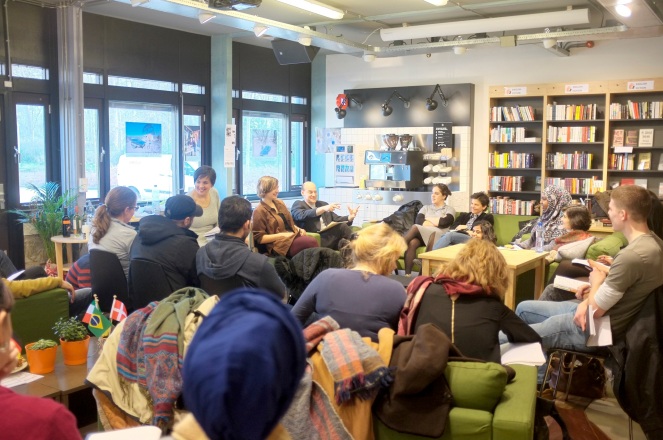 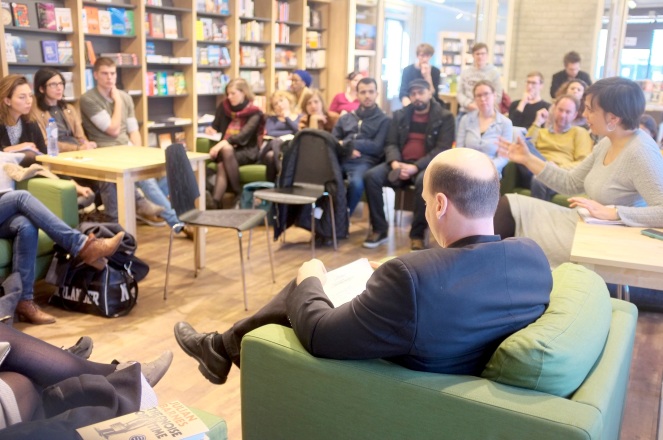 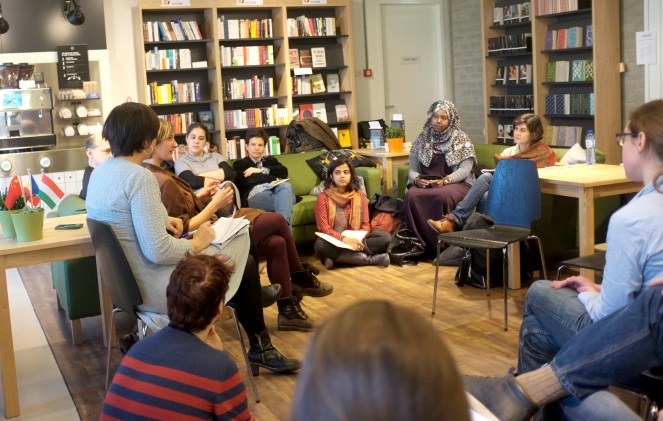 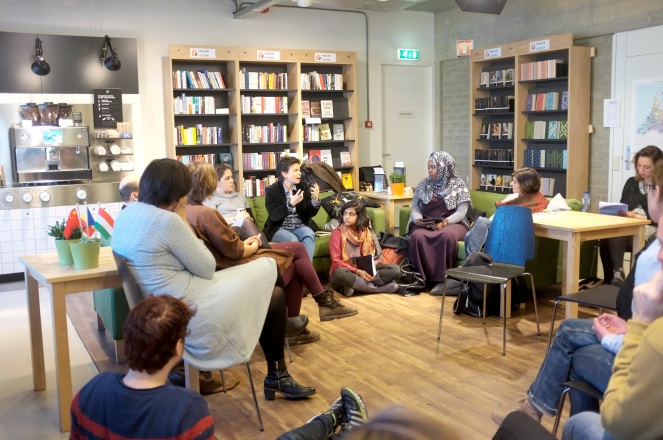 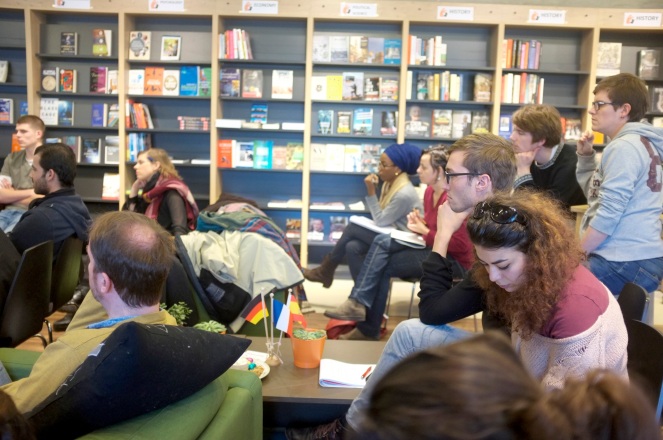 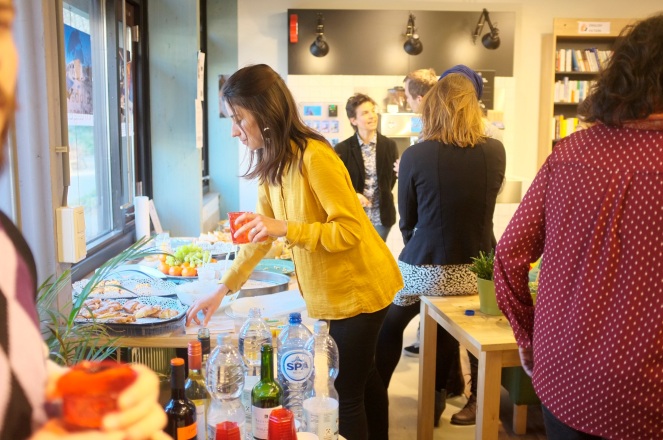 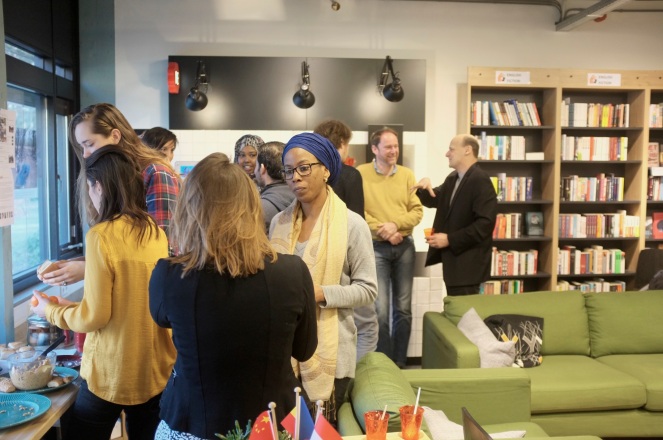 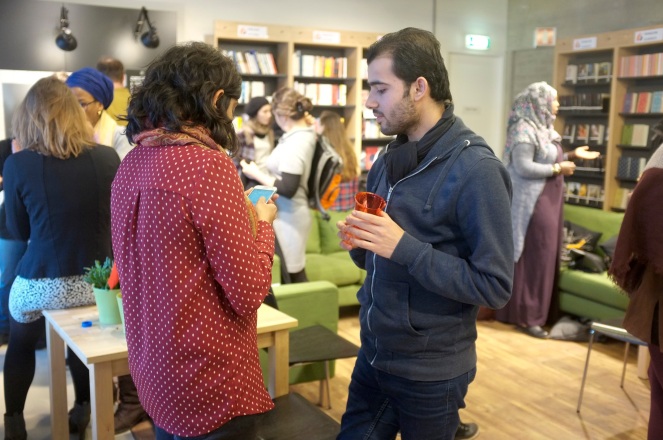 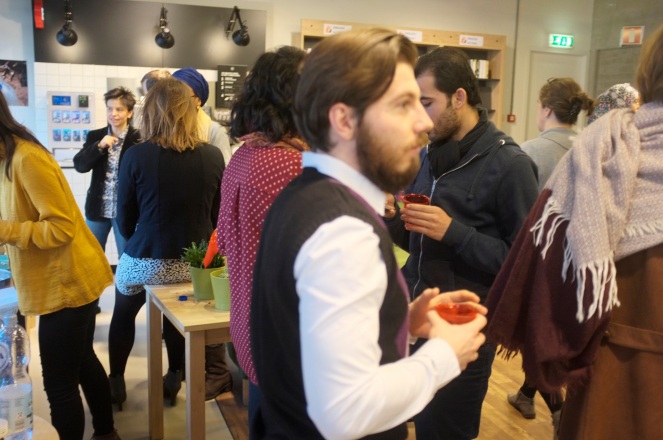 Tomorrow there are 2 nice things happening: 1. A discussion about Postcolonial Europe from our borderlands @ Radboud 2. our justPeople Party aka justParty at the Onderbroek! See more info underneath. All the best & see you tomorrow hopefully! *1. Radboud Public Roundtable Discussion:* ‘Postcolonial Europe’ from our borderlands The Departments of Geography, and Anthropology… END_OF_DOCUMENT_TOKEN_TO_BE_REPLACED